THE HISTORY OF CURFBOARD

Like many kids in the 80’s, the founder of our Company, Stephan Augustin, started to ride a skateboard. Shortly after that first board experience, he travelled to Bali and stood on a surfboard for the first time, which was an overwhelming feeling.

Around the same time snowboarding came up and he built his first own boards with simple pressing and veneering. The bindings were made out of leather belts and the boots they had where…. Moon Boots. Far from perfect, but he tried everything to experience that unique surf, skate, snowboard feeling.

Realising his passion for industrial design, Stephan started to study at the University of Arts in Berlin. However, far away from the mountains and the ocean, he was missing snowboarding and surfing. He decided to re-create that feeling with a skateboard and started to experiment with his first skateboard designs.

The first boards had only 2 wheels and used rubbers to reset the wheels. Soon after he had the idea to replace the rubbers with intelligent kinematics, which utilized the body weight as a restoring force. This gave birth to a variety of concepts. 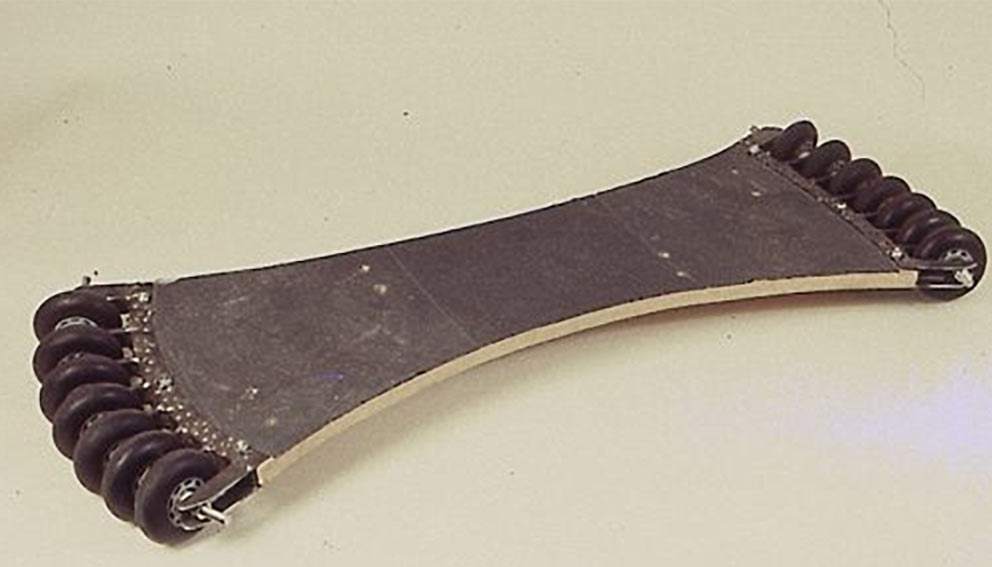 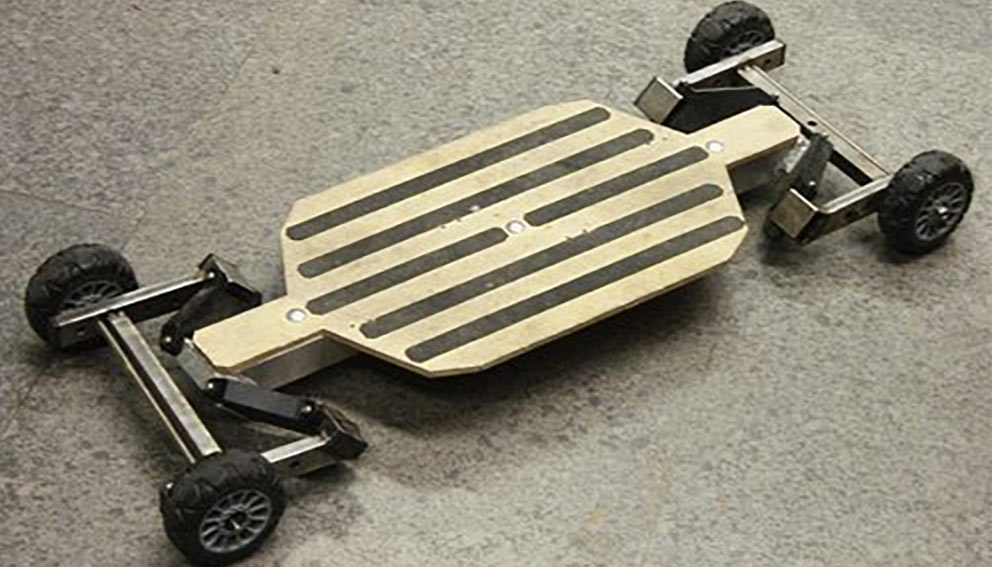 THE GRANDPARENTS OF CURFBOARD

After graduating in the mid-90s Stephan continued to experiment on various concepts of skateboards. While not everything was perfect, he was very happy with one feature. The riding behavior of these prototypes was like a snowboard or a surfboard. During a turn it tilted on the edge, and when going straight the board stayed calm and flat on the ground, similar to a snowboard and surfboard.

In 1994, Stephan met the BMW engineer Rudi Mueller at ISPO. After many inspiring talks, Rudi and Stephan started developing the STREET CARVER for BMW between 1997 and 2000. It helped that both had the same goal in mind and knew exactly how it should feel like. A unique and fun collaboration.

The technical feature of the STREET CARVER was its progressive steering kinematics, which was self-adjusting with the weight of the rider. The wheels tilted like a motorcycle and enabled more dynamic riding.

When the STREET CARVER came on the market in 2000, the reaction of the press was overwhelming and the product received several awards and was included in the permanent collection of museums around the world.

THE STORY CONTINUES WITH CURFBOARD 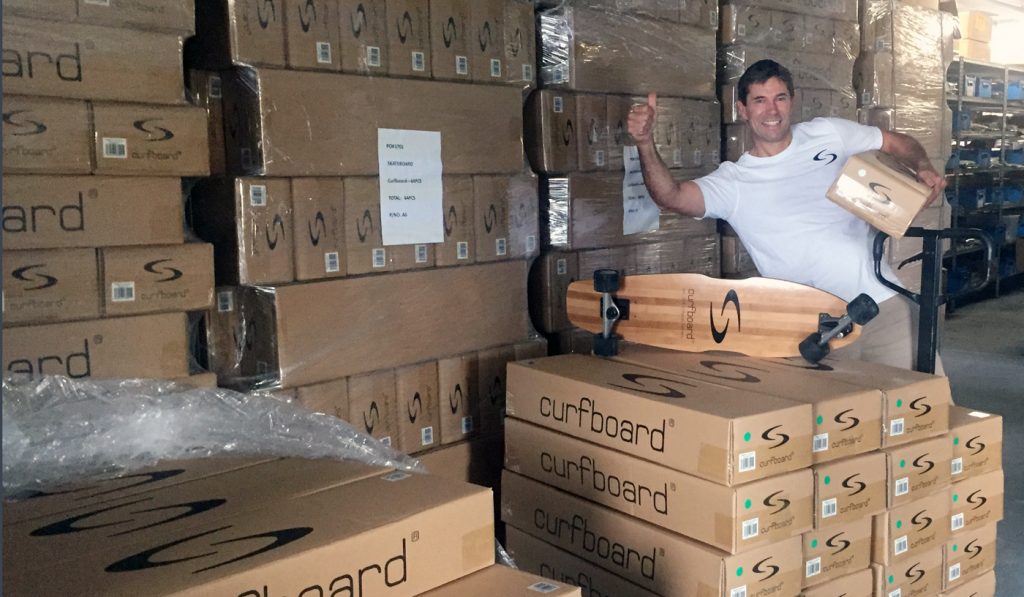 Fast forward to autumn 2015 when Stephan’s son Jonas found one of his dad’s old prototypes in their garage. Seeing his son’s interest in the board, triggered something in Stephan. The old prototype was heavy and outdated, but the idea of a self-adjusting truck was still unique. The two started experimenting with the development of a new truck. In the course of the winter, the geometry was further refined and improved. In the end they were so convinced by the concept that they decided to launch a Kickstarter campaign.

In the run-up to the Kickstarter campaign, the company Curfboard was established and Stephan applied for international patents for the new truck design. Then it was time to plan the campaign, shoot a film in Barcelona and generate enough followers via social networks. In September 2016, the crowdfunding campaign went online for 4 weeks and exceeded the financing target.

With the Kickstarter funding, it was possible to finance engineers and designers to make the truck not only functional, but also visually unique.

With the prototype of the truck ready, Stephan applied for the ISPO Brand New Award 2017 and Curfboard was honored as a finalist and awarded a booth at the world’s largest sporting goods fair in Munich. The response from the audience was overwhelming.

After the trade fair, the production work immediately got under way. Stephan visited manufacturers, planned, changed, inspected samples and finally, with a few delays, supervised the first production. What a feeling!

On October 1st 2017, the first container full of boards arrived at the warehouse near Munich and the Kickstarter supporters received their boards with only 1 month delay.

Since then much has happened. Curfboard and its innovative technology has firmly established its place in the surfskate world. The team is growing, important partnerships have been formed and Curfboards are being sent to surfskate fans all around the globe.

Manage Cookie Consent
To provide the best experiences, we use technologies like cookies to store and/or access device information. Consenting to these technologies will allow us to process data such as browsing behaviour or unique IDs on this site. Not consenting or withdrawing consent, may adversely affect certain features and functions.
Manage options Manage services Manage vendors Read more about these purposes
View preferences
{title} {title} {title}